Mission to get more girls into tech | The NAV | 365 People

Workshops highlight the range of high-tech jobs for women to encourage girls to consider careers in technology.

Girls from local secondary schools are being offered the opportunity to discover the types of roles available within the technology industry. The ‘Girls in Technology’ workshops have been designed to motivate and inspire girls to consider careers within this sector by educating them on the types of creative and innovative roles available.

It’s no secret that as we come to rely more heavily on technology in our working lives and in our homes, there’s an ever-increasing need for skilled workers in the technology industry to support this. Already technology-based businesses are finding it harder to get good recruits and unless big changes are made, the situation is going to get much tougher.

Time to educate and empower more girls into the technology sector

Given that the British Computer Society, in its ‘Diversity in IT 2017’ report, states only 17% of those working in technology in the UK are women (which is significantly lower than most other sectors); that only 7% of students taking computer science A-level courses are female; and only half of the girls studying IT and tech subjects at school go into a job in the same field – it’s well and truly time to address this imbalance.

Committed to encouraging young people into the tech industry and as a member of the Education Business Partnership (a charity which works to inspire our future workforce and is coordinating the ‘Girls in Technology’ campaign), we at The NAV | 365 People want to help educate and empower more girls to be part of the tech industry and to take on leadership roles.

Workshops show technology can be fun

One of the ways we’re helping is to send our team of ambassadors (predominantly women), into secondary schools to run workshops with small groups of Year 8 girls. The programme aims to give the girls hands-on experience, such as learning basic designing and coding which they apply to various scenarios and compete against each other. Emphasis is on showing girls that technology can be fun, interesting and something they can master just as competently as boys.

The girls also get to hear directly from our ambassadors – women who actually work in technology - about their different roles and experiences, and why they believe a career in the technology sector ought to be considered.

Attending these workshops has challenged many of the girls’ pre-conceived ideas about technology. It’s shown them the wide range of roles available, the education required (no, you don’t have to be good at maths to be a good programmer!), there’s a lot of scope for being creative – and in reality, the technology sector can be a very rewarding, interesting and enjoyable career path. And women are good at those jobs!

Jenny Ferguson, our Marketing Manager and one of our Ambassadors, says the girls initially thought it would be really boring doing the workshop tasks, but were surprised to find they could do them and enjoy themselves. “They got a kick out of developing code and making a process happen – and many said it was not as hard as they thought it would be.”

Our Engagement Manager and Ambassador, Cheree O’Melia, says: “We asked if they’d ever considered IT as a career before and they all said ‘no’, suggesting being a doctor, vet or hairdresser had been more on their radar but by the end of the workshop, there were quite a few girls interested. We hope the workshops will inspire the girls to think differently about the tech industry and encourage a community of girls into technology from an early age.”

We’ve already held workshops for girls at the Royal Wootton Bassett Academy in Wiltshire and John O’Gaunt School in Hungerford, with plans to visit other schools throughout the year such as the Dorcan Academy in Swindon which is coming up in June.

Feedback from staff at both secondary schools was very positive, saying the girls are now aware of the varied opportunities available in the technology sector and realise they can achieve their goals in STEM (Science, Technology, Engineering and Mathematics) roles. The workshops also enabled staff to see the simplicity of coding and its relevance to today’s society.

Student feedback has also been very enthusiastic and positive, with the majority of girls saying they had been motivated and inspired by the workshops, which also improved their views on the types of jobs available in technology. In fact, 95% of the girls who attended the last two workshops said they would enjoy doing these types of jobs!

As one student stated: “There are so many job options available - even for just one company - and you don’t need to be the most technical person or be the best with computers.”

Here at The NAV | 365 People, we have women employed in a broad range of roles such as developers, consultants, project managers and account managers, as well as in roles in marketing, administration and finance, including marketing manager, storyteller, video producer, graphic design artist, facilities manager, human resources manager and management accountant. With an employment rate of one woman to 2.7 men at The NAV | 365 People (this is a very good ratio compared to many IT companies), the aim is to welcome more women to our team.

Jenny says: “One of the biggest challenges for us as a business is getting good recruits. If 50% of the population is excluded from this because of gender and stereotyping, that makes the challenge even greater for us.


“Equality and diversity create a happier and healthier workplace”

“We believe in trying to encourage more women into our business to not only benefit from their talents and potential but to add to our diversity. As a business, we are passionate about equality and diversity, so we don’t want to have a gender-weighted workplace. This ties-in with why we want to help get more girls into technology roles – equality and diversity create a happier and healthier workplace, where gender is one of the mixers. Also, we’re very aware of the dearth of good people out there from a recruitment point of view and we want to help change this for the future.”

Without doubt, the technology sector offers young women a choice of great careers, where they can be successful, well-paid, working in an environment where they are respected and utilising their own unique talents. Here’s hoping this message can be spread far and wide by these inspiring workshops so more girls will take the leap into the wondrous world of technology.

The ‘Girls in Hi-Tech Student and Business Evaluation Report’ following a recent workshop at John O’Gaunt School in Hungerford is available here; and for the report from the Royal Wootton Bassett Academy in Wiltshire, click here.

If you would like a ‘Girls in Tech’ workshop to be held in your school, please contact the Education Business Partnership charity at Shaw House, Church Rd, Newbury RG14 2DR; phone 01635 279277; or click here for more information. 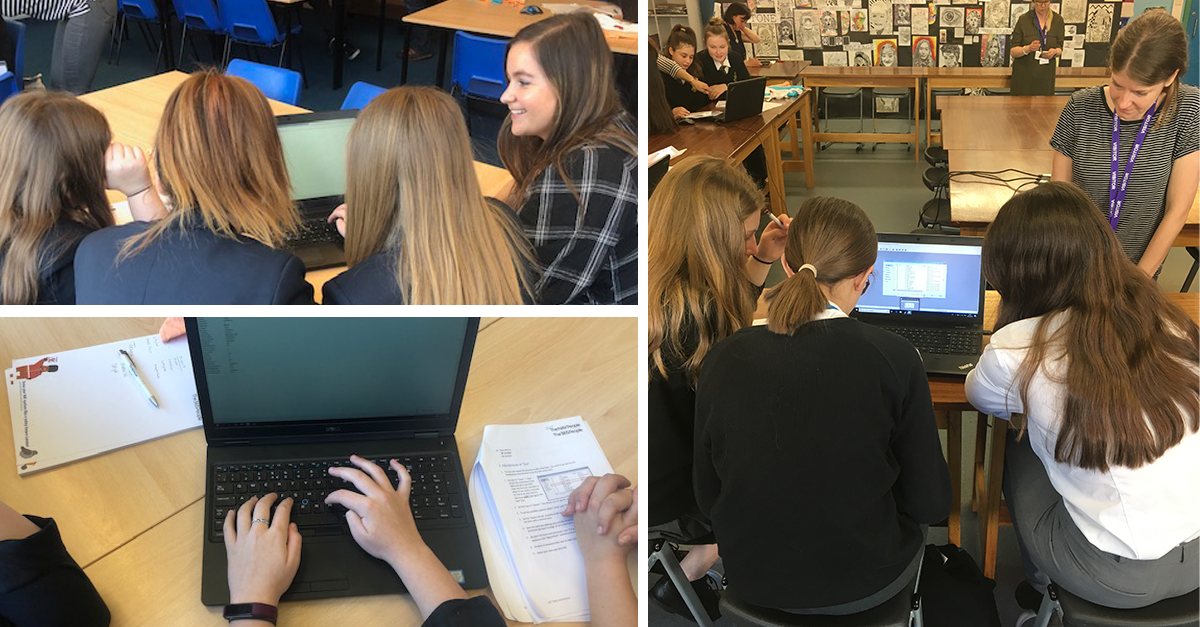 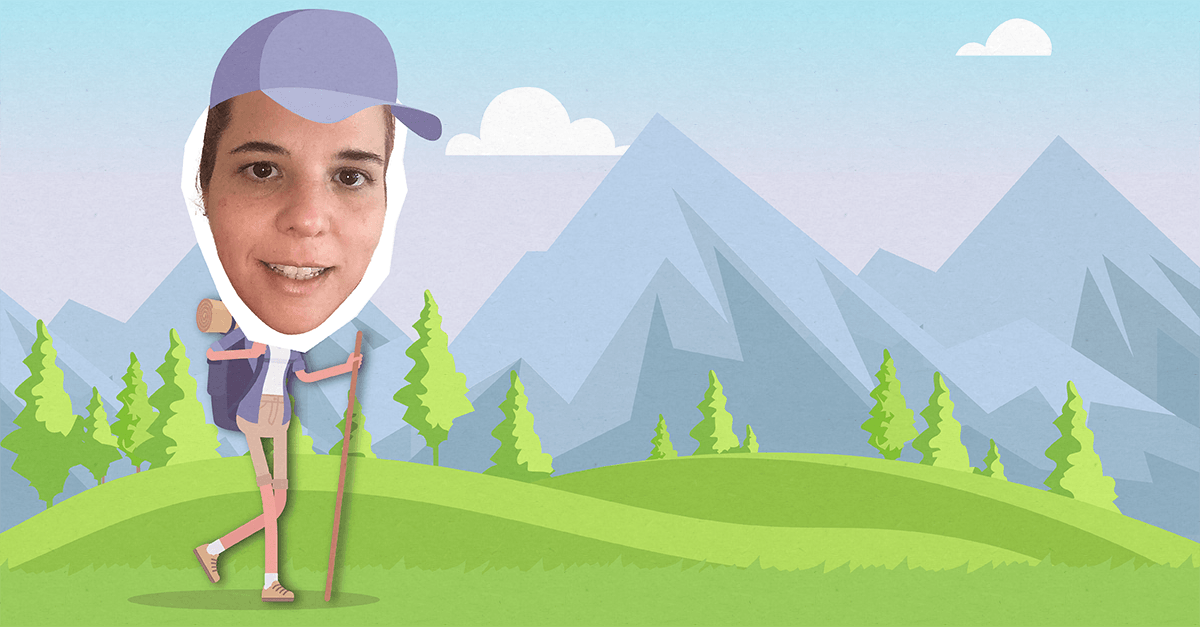